“We are presenting two young talented artists Marika Kerätär and Corn Shuk Mei Ho from very different cultural backgrounds, expressing some very complementary, emotional themes through their individual, very distinctive artwork.
The link with water was especially interesting to us given our waterside location.”

“We love the serenity and feeling of calm that is created in Marika’s work.
You can lose yourself in the movement of the images and take time to reflect … on life and on oneself.”
Julia Carmichael
Curator of Chelsea Waterside ArtSpace, London

“In was Christmas 2018 when I got the message that I had been accepted to hold one month art exhibition in London the coming summer. Gallery was Chelsea Waterside ArtSpace and I would be the first artist living outside UK to exhibit there. I would share the entire gallery with London based artist Corn Shuk Mei Ho. It was unbelievable to hear that I had been chosen.

I knew that moment that my theme would be Appreciation. That is what I feel for the people who have encouraged, supported or helped me in my life and in art so that I am here today. That is what I aim to express in my daily work with children I take care of. That is what I think is important to feel towards ourselves. Feeling appreciated and respected can make a difference, it can change a world.  I had the vision to create an exhibition that could help us in an empowering way.

This exhibition consist of the following themes:
Appreciating ourselves and other people and appreciating our roots, history, ancestors and ancient myths.  Perhaps the highest form of appreciation was unveiled to me when I started to study sacredness. I begun to think whether old wisdom of regarding nature as most appreciated, sacred, could help us today in our world?

Could it give us more hope?
Could it protect us?”

The following texts and photos are from the Chelsea Waterside ArtSpace exhibition.
Texts have been written in close co-operation with cultural anthropologist Crista Soskolne.

Relax and enjoy this journey to the theme of appreciation! 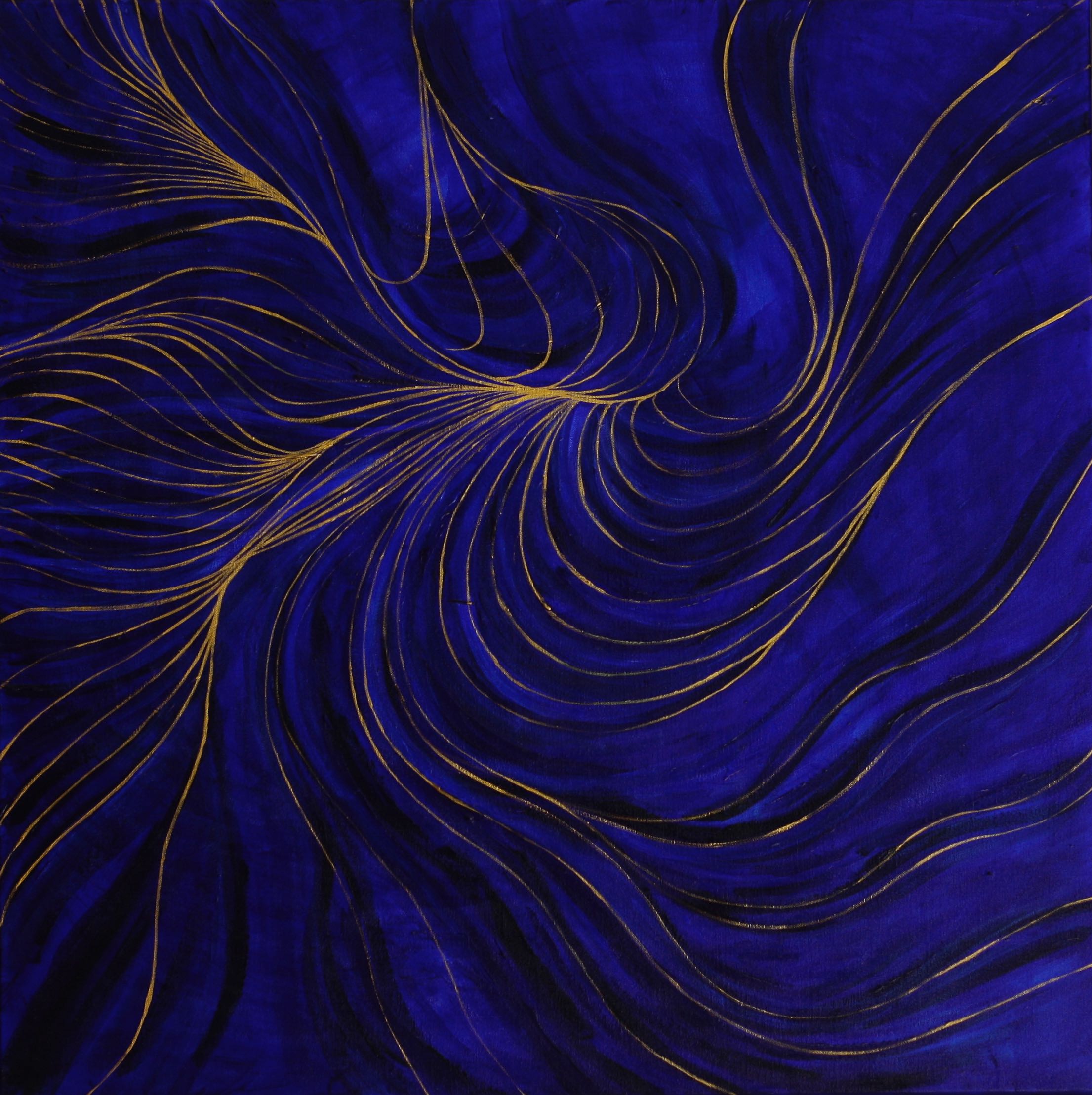 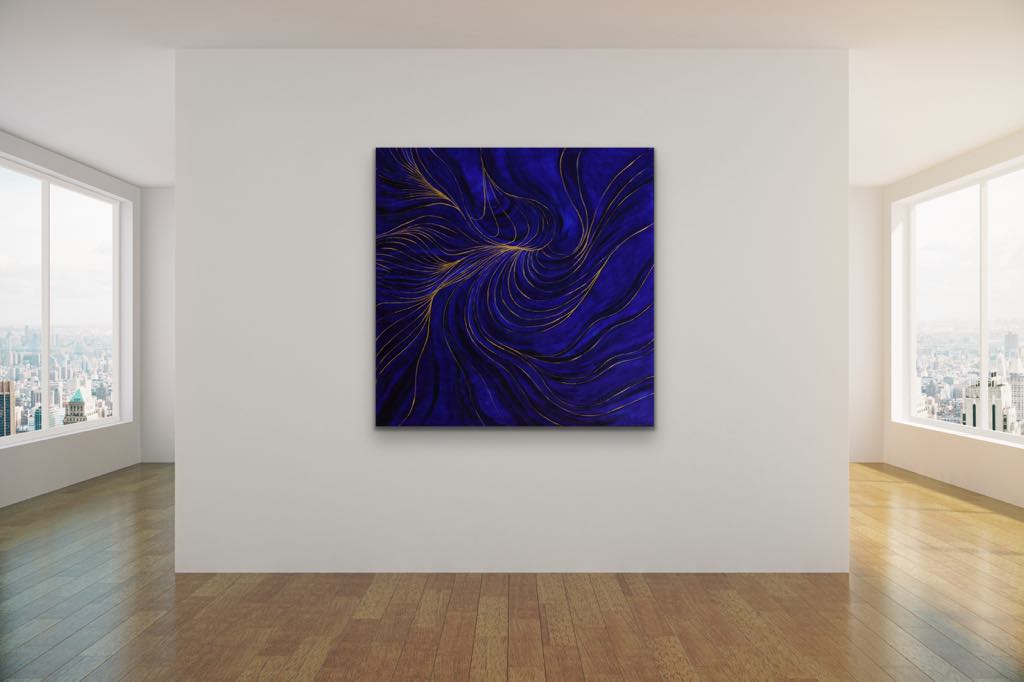 In ancient Finnish mythology, nature is abundant with different spirits and forces (väki). The Finnish concept väki includes in its meaning all of these terms: force, strength, people, force or strength of a group of people or spirits. Elements like water, fire, ground and air had their own spirits. Lakes, rocks and forests had their own group of protecting spirits, forces, elves and forefathers that were highly respected. Water held a particularly large number of different kinds of spirits. Water represented the formation of our universe and it was also believed to show our way after life. In many old rock paintings, water is drawn as
the element of the underworld. Our lives begin in water in our mother’s womb and water is essentially a source of life. In ancient Finland, when someone died it was thought that the last journey was taken on a river between aboveground and afterlife (Tuonenvirta). Water was present both at the beginning and at the end of our lives.

Appreciating water spirits was crucial. it was a part of the way of life to give gifts to these spirits to keep them content. If they were disrespected, they would take revenge in the form of sickness and loss of the fishing catch. Selfishness was thought to harm life, as the balance of nature would be shaken. There had to be balance in giving and receiving, in appreciation and gratitude. Everything that was received from nature had to be earned by asking, invoking and supporting it first. The Finnish word for fishing, ‘pyytää’, still has the same meaning as asking for something. We ask for nourishment and protection from nature. This painting with its deep blue shades and golden colours represents my appreciation for the old beliefs that tell us how important it is to first give to nature in order for us to enjoy its richness and balance in the future.

Details of the painting:
Spirit of Water
80 x 80 cm
Acrylic on canvas
Sold 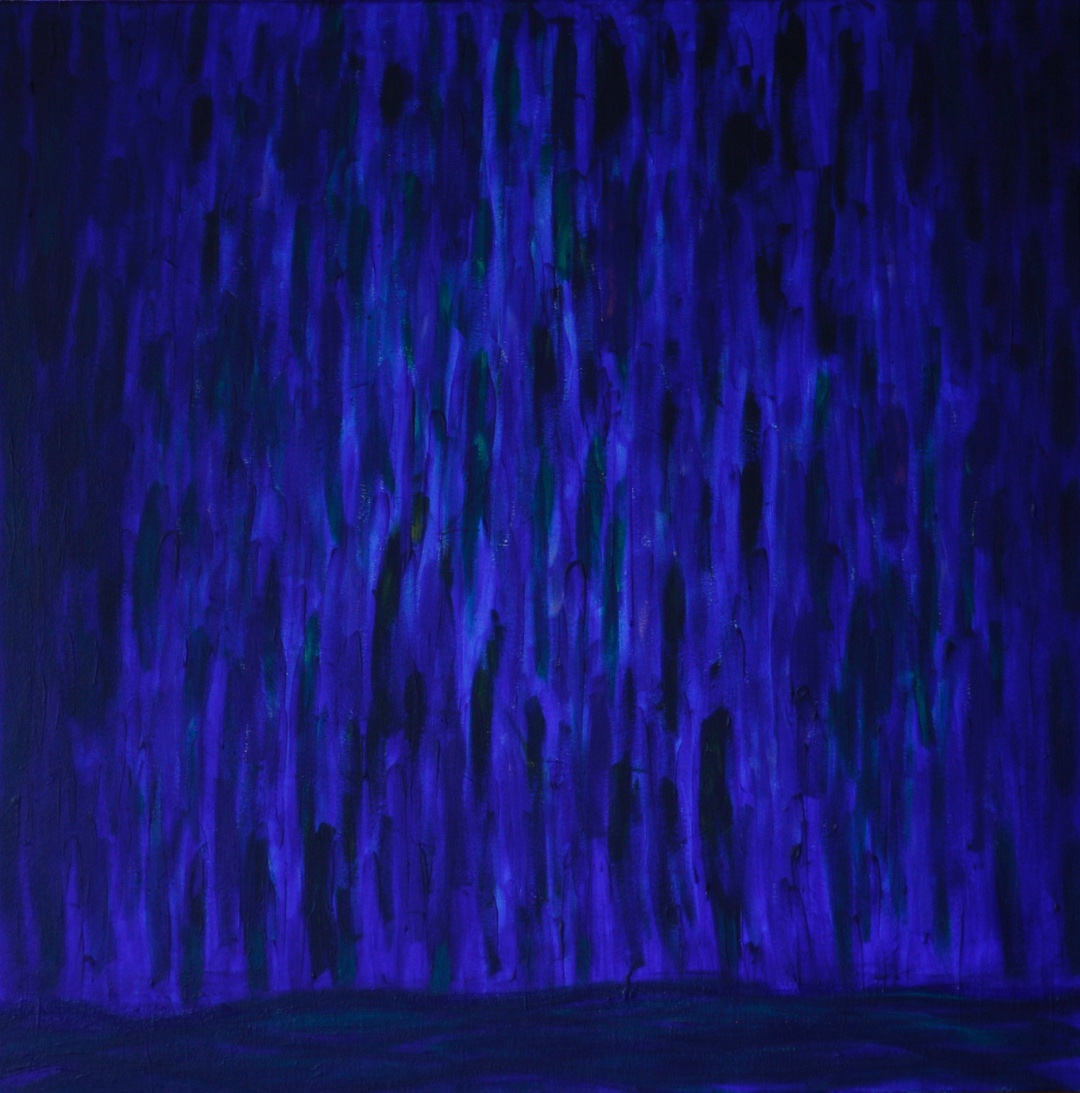 The oldest rock base of Europe is situated in Finland, Koli (North Carelia). It was formed nearly three billion years ago. At that time it was part of Kenorland, one of the earliest known supercontinents on Earth. Koli is the oldest place in Finland and in the whole of Europe. The ancient inhabitants of Finland may not have known this, but they knew Koli possessed exceptionally strong powers and spirits. They regarded it as sacred. When I first visited Koli a few years ago, I didn’t expect anything exceptional. It was supposed to be just a walk to a famous peak in the footsteps of our national artists who used to frequent Koli 100 years ago. I reached Koli at evening time when the sun was setting down. I was sitting at one of the peaks, called ”Akka-Koli” (”The Hag”). It was quiet and I was listening to the winds playing with the trees and some bird’s wistful singing. They were the only sounds I could hear, as I was so far away from any roads and traffic. I was thinking how beautiful and serene it was. Suddenly I felt like the surrounding environment would silence my thoughts. The only thing left was nature. Nothing else. And then I experienced a very rare feeling of complete safeness that is hard to describe in words. It happened without conscious control, expectation, effort or wish. I felt honoured to experience it.

I would have liked to have stayed there longer, but night started to fall and I didn’t have a light with me. I had to leave. While walking down from the peak I was thinking about what had happened. In the same place where my ancestors had held their ceremonies for hundreds of years I had also felt sacredness. It felt like a gift in this world. 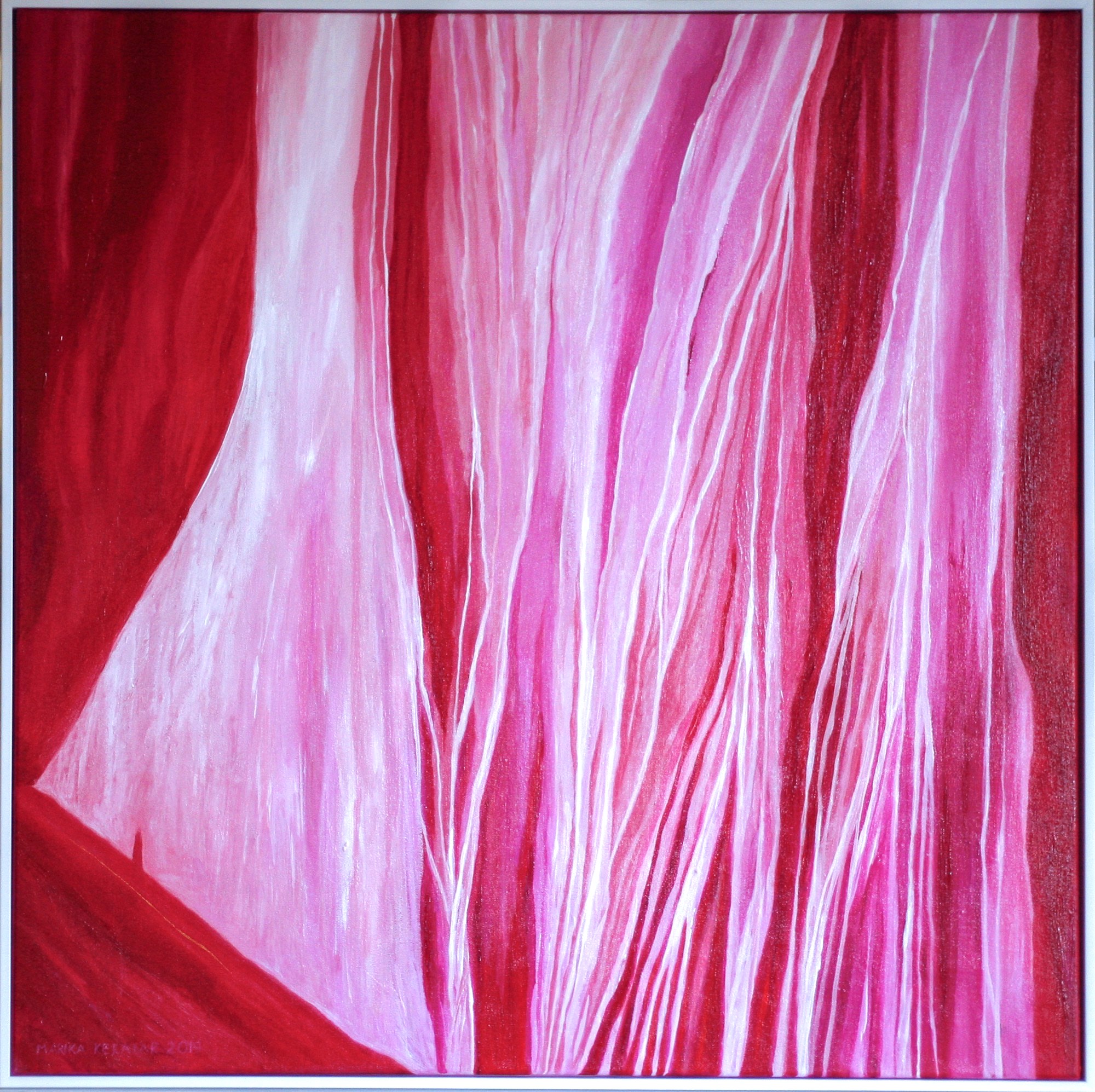 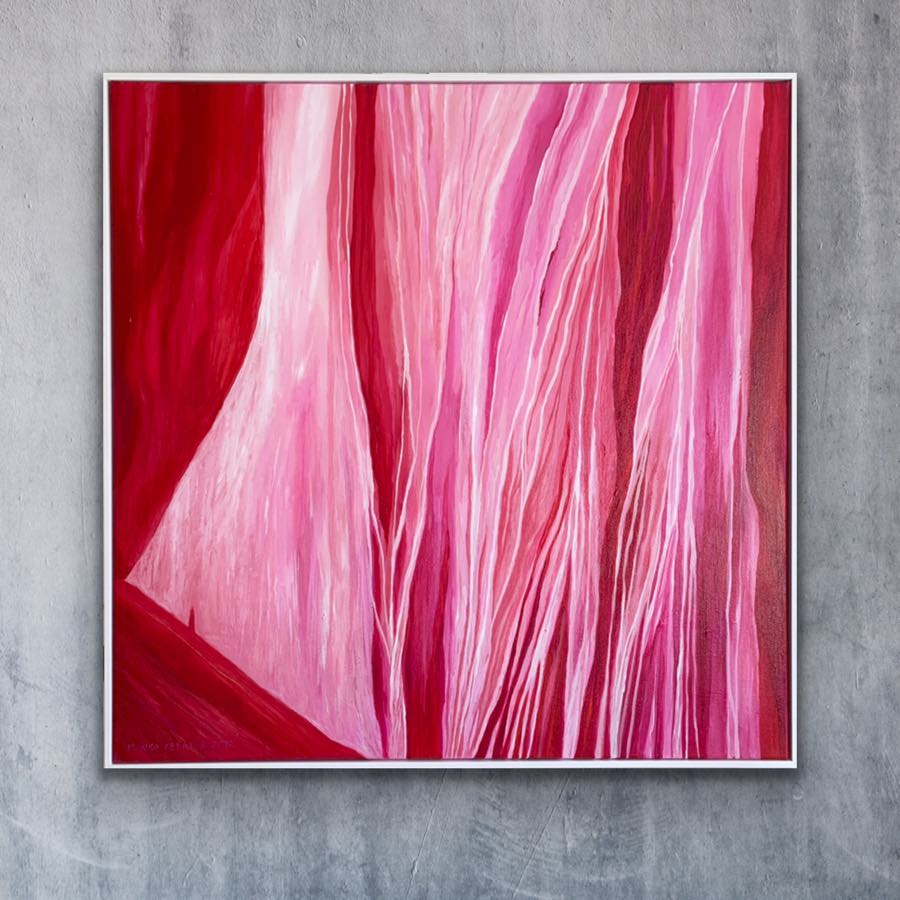 “Watching how the water always finds its way in nature.
Learning from its effortless stream.” 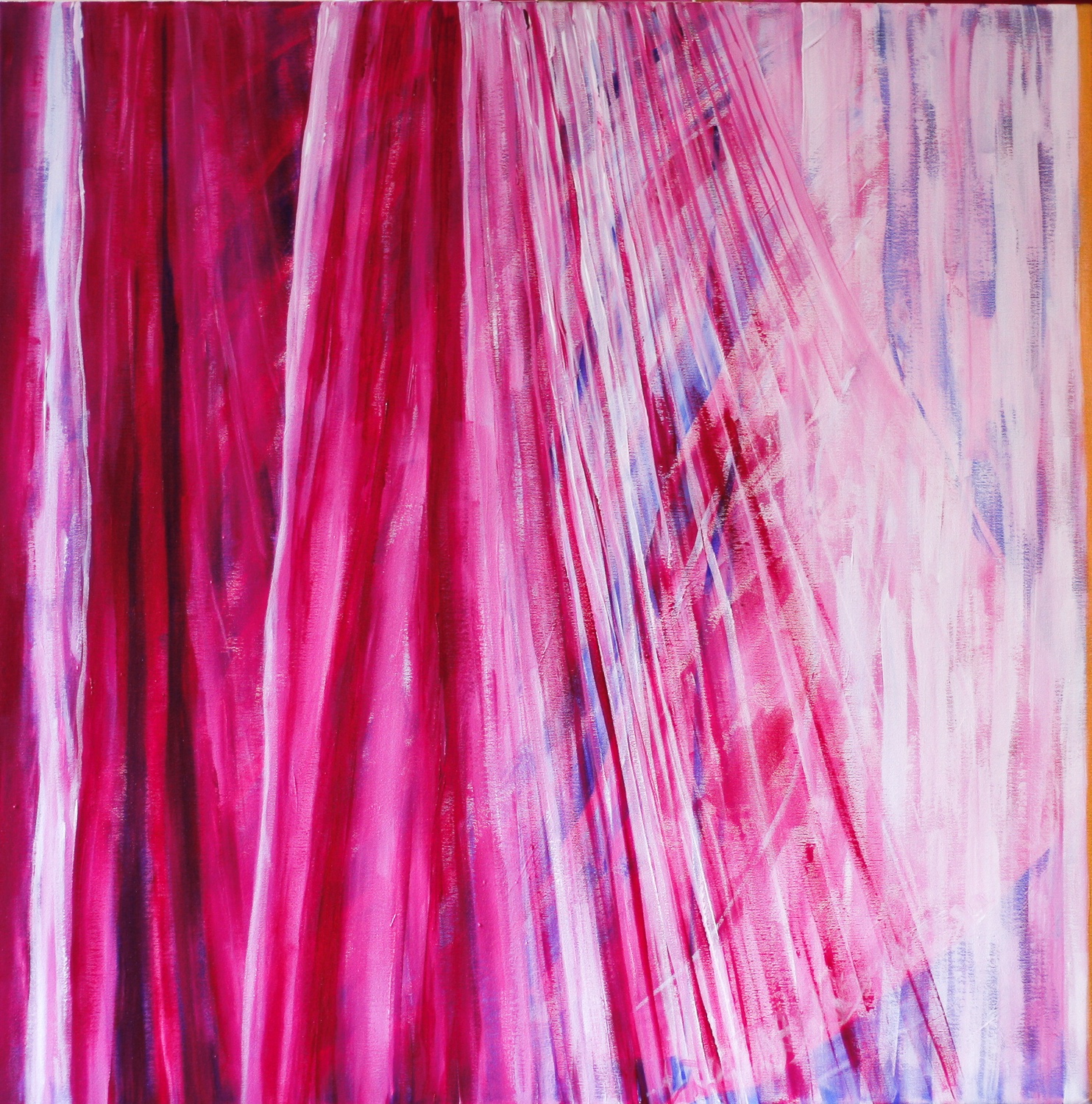 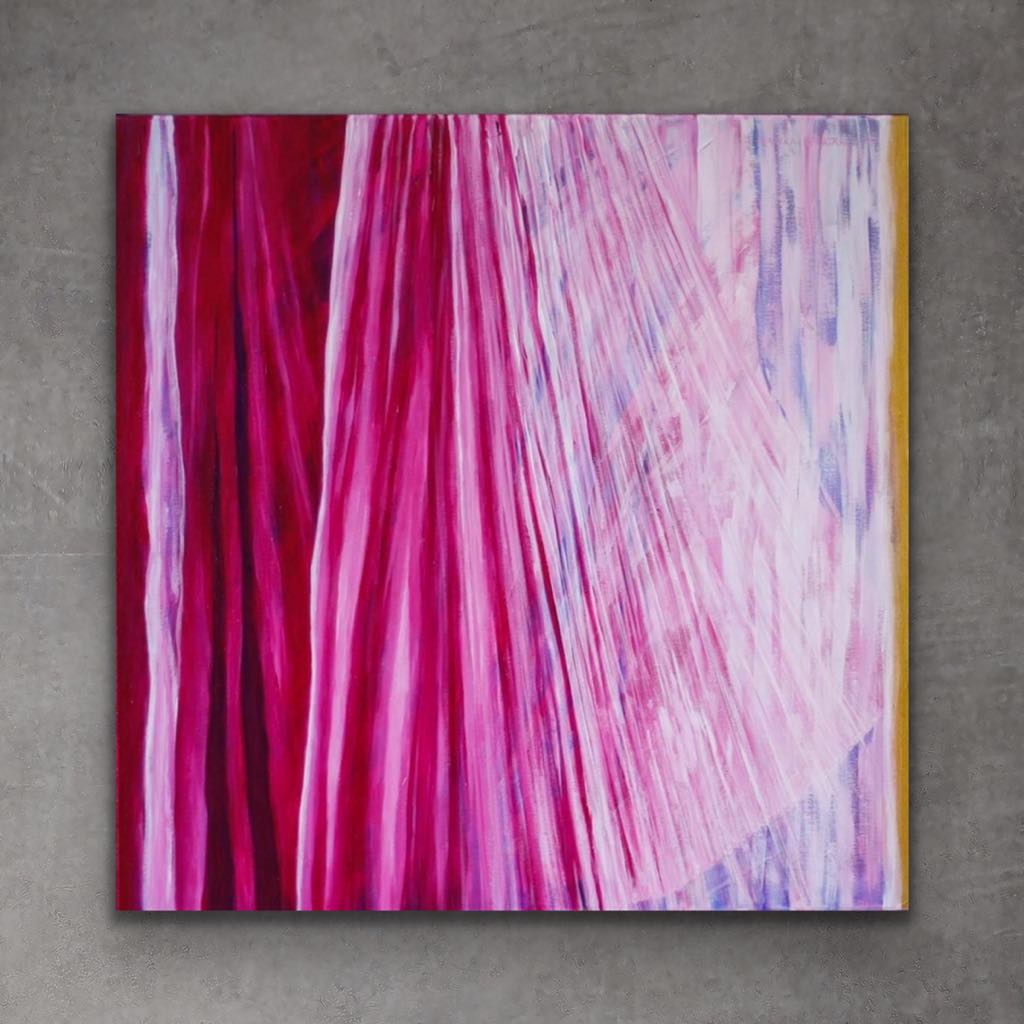 “I appreciate you.
I listen to you.
I begin to understand you.” 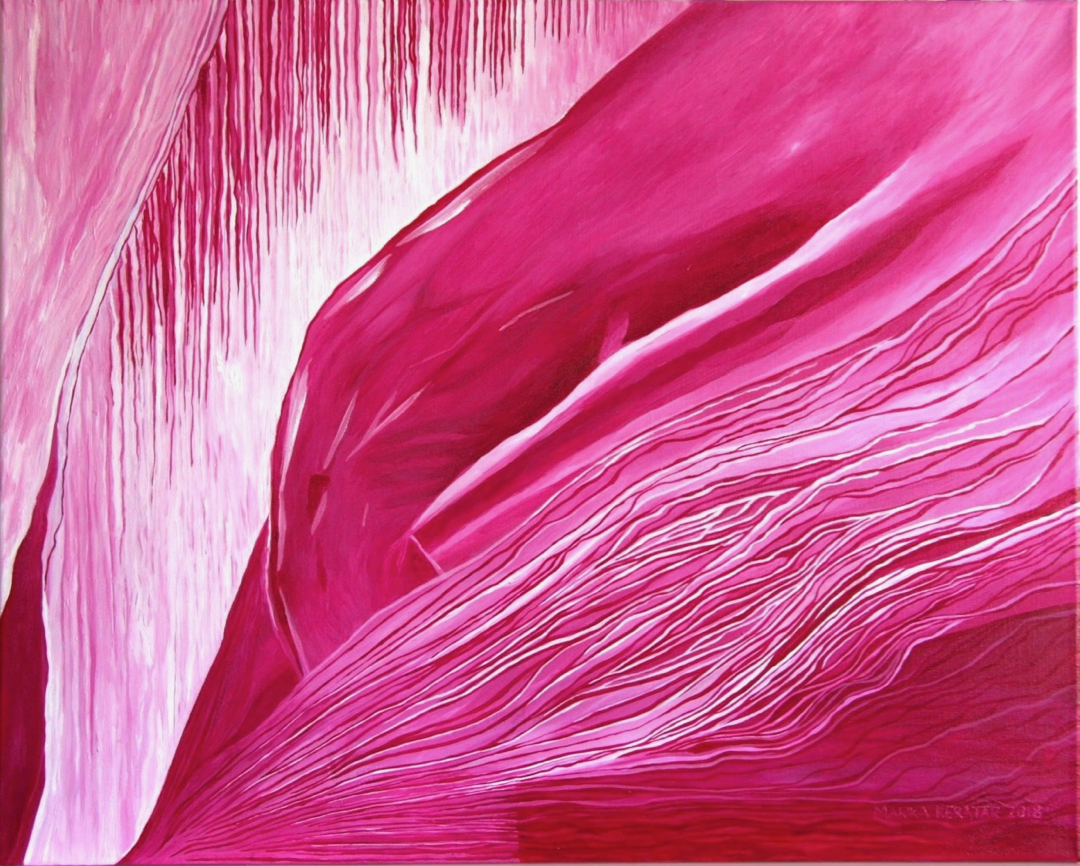 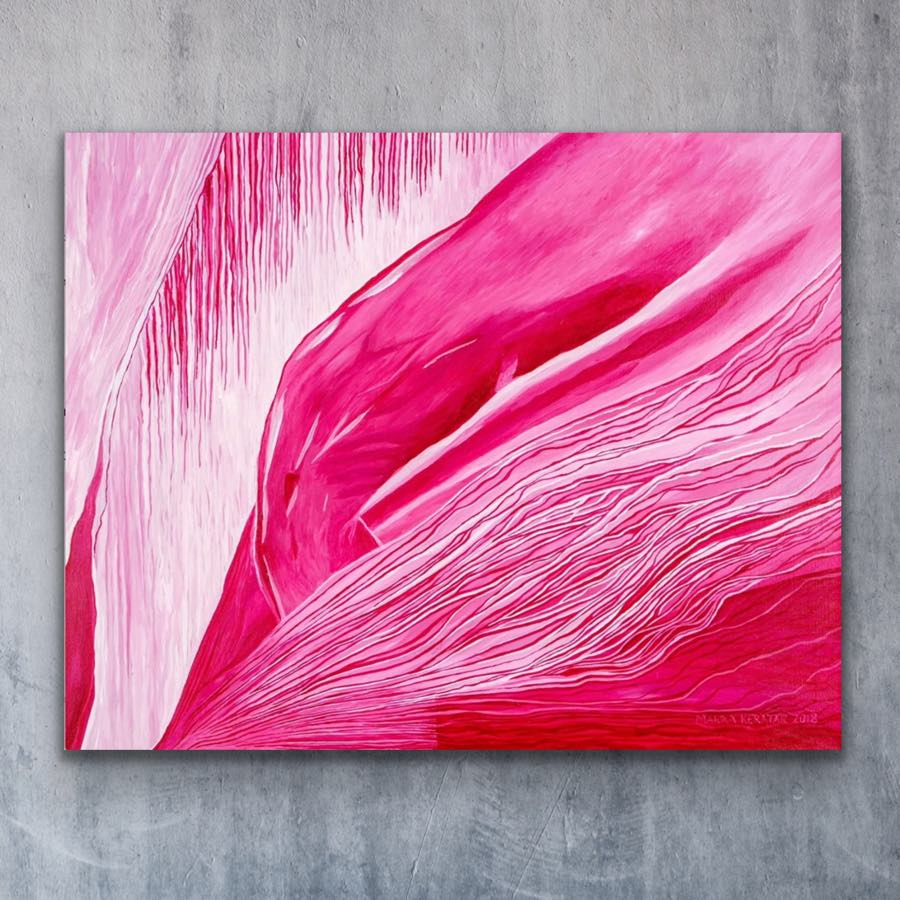 In our history, women who had given birth were believed to have stronger forces than the power of a bear or the power of death. Therefore they were asked to protect the house, cattle and people with their force, which was called Naisen väki = Power/spirit of the woman. Women were respected, as people knew they could also use their power for doing harm. Women were also equally respected as men as healers and wise shamans.

I believe it is important for ourselves and our children to remember this aspect of our history. We have to remember.

We have to have this memory of being equal and highly respected so we don’t have to talk only about oppression. We have to remember that power, which can do good but also harm others. I feel that bringing light to the appreciation of women in our roots is meaningful for our well-being today. 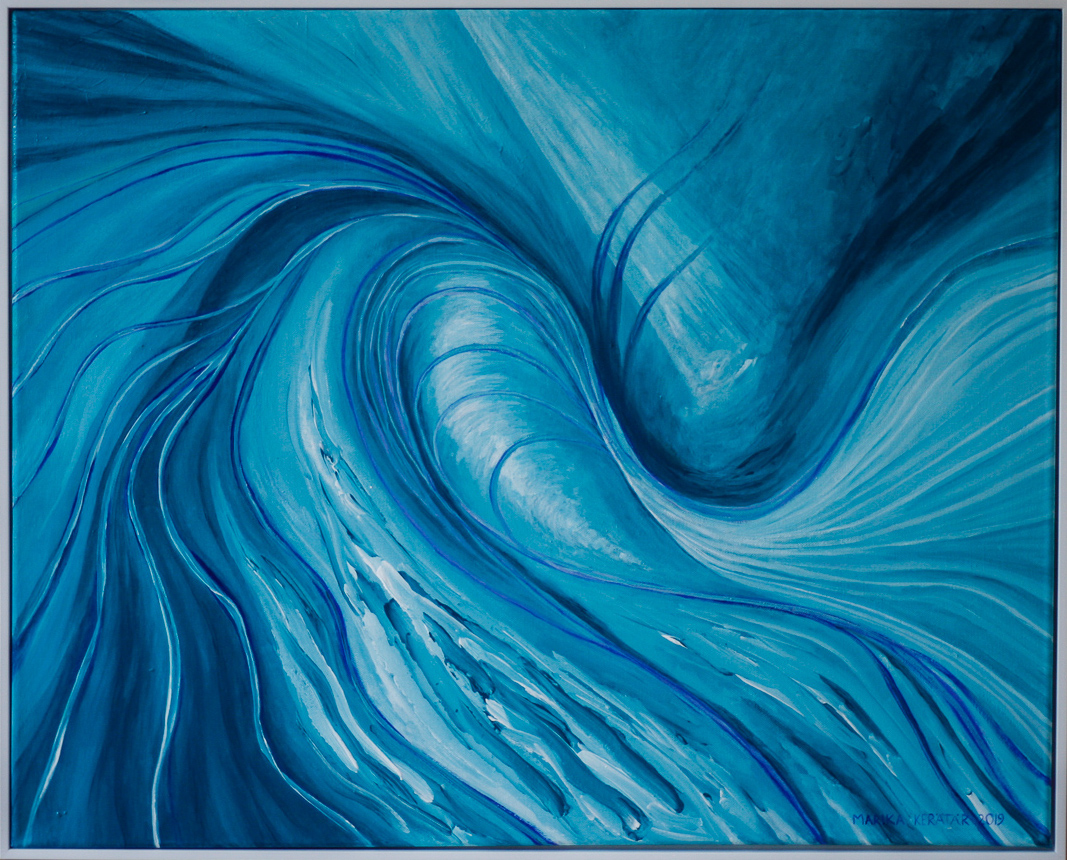 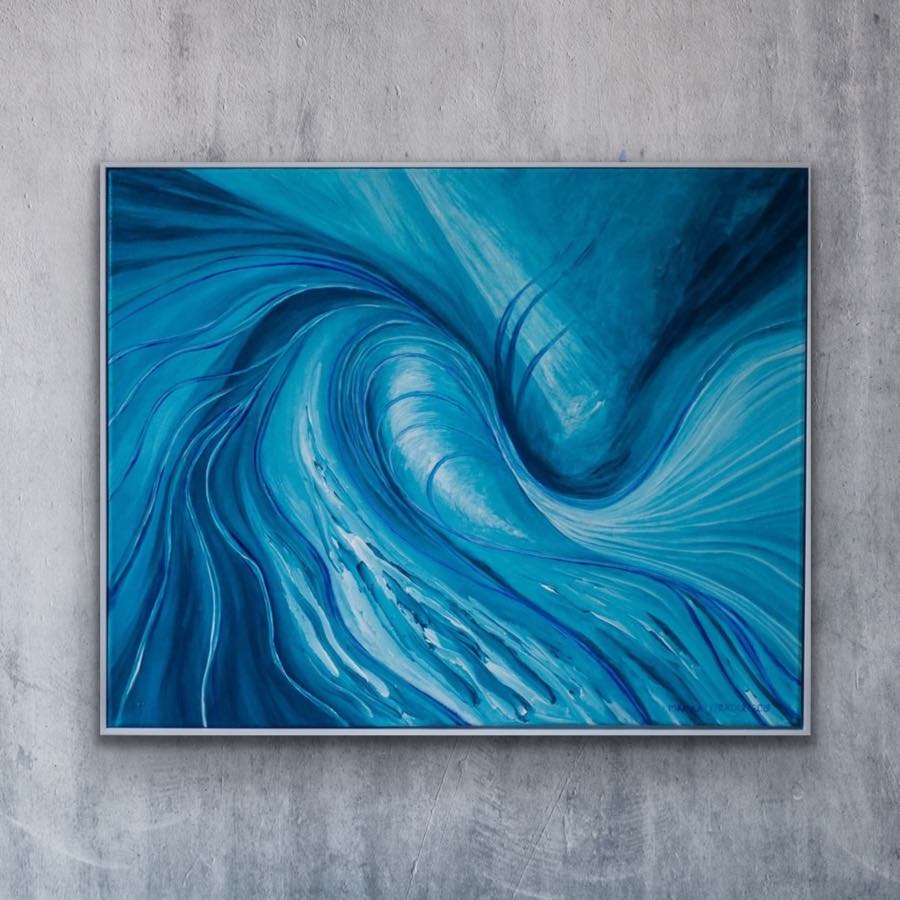 “So many fears.
And acting in spite of them.

I appreciate your courage.” 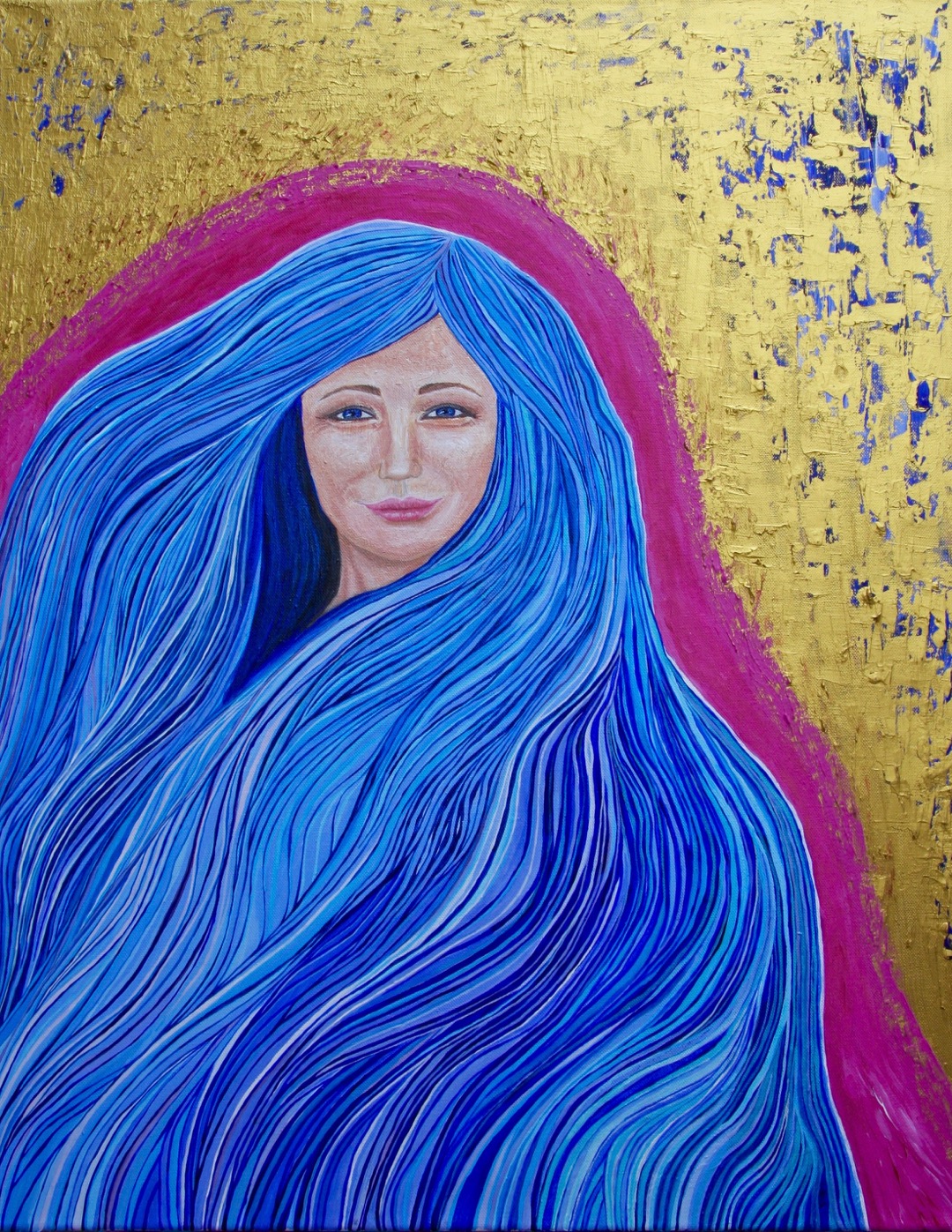 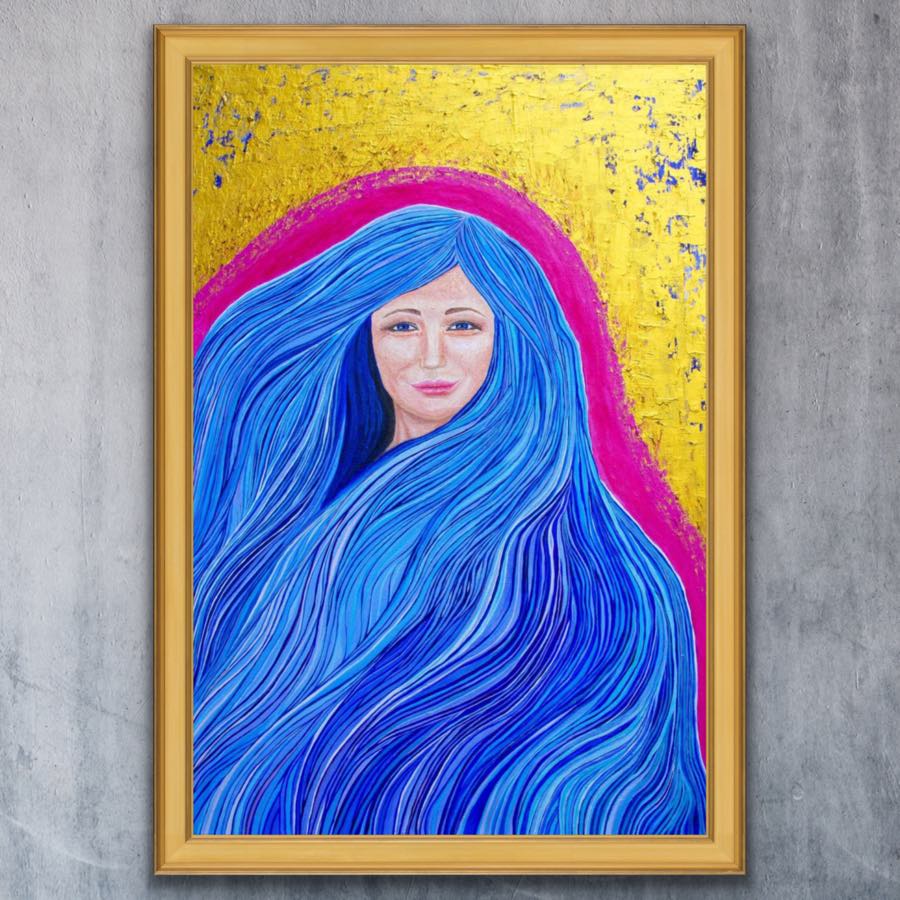 “I listen to you.
I hear you.
I understand you.
I can feel what you feel.
I respect you.
I appreciate you.
I see wisdom in you.
I protect you.
I guide you.
I help you.
I believe in you.
I trust in you.
I see you.”

Details of the painting:
I appreciate You. I understand You. I love You.
Acrylic on canvas
80 x 65 cm
Sold 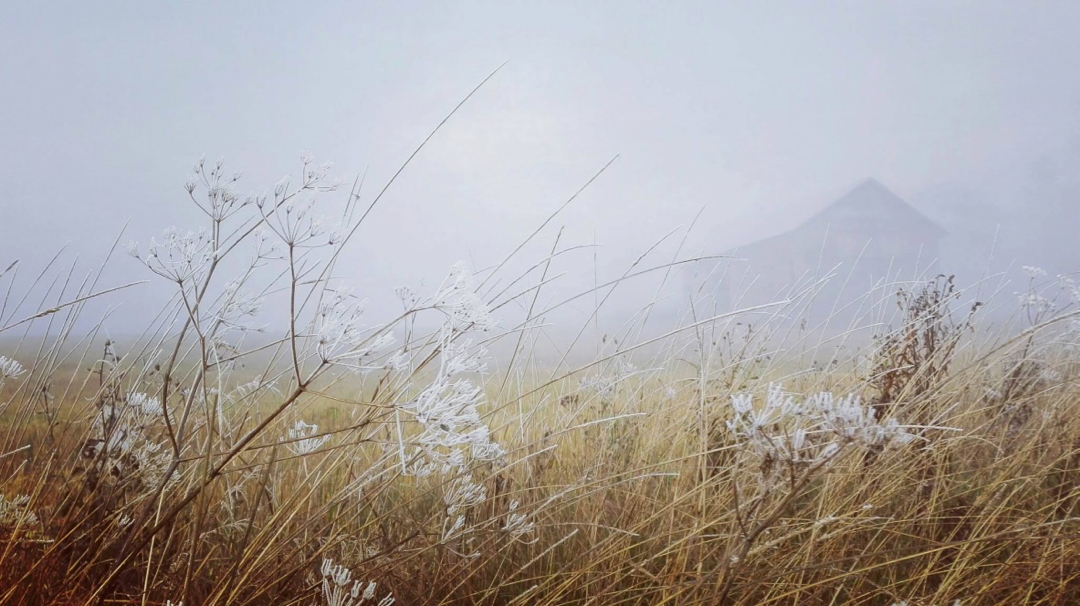 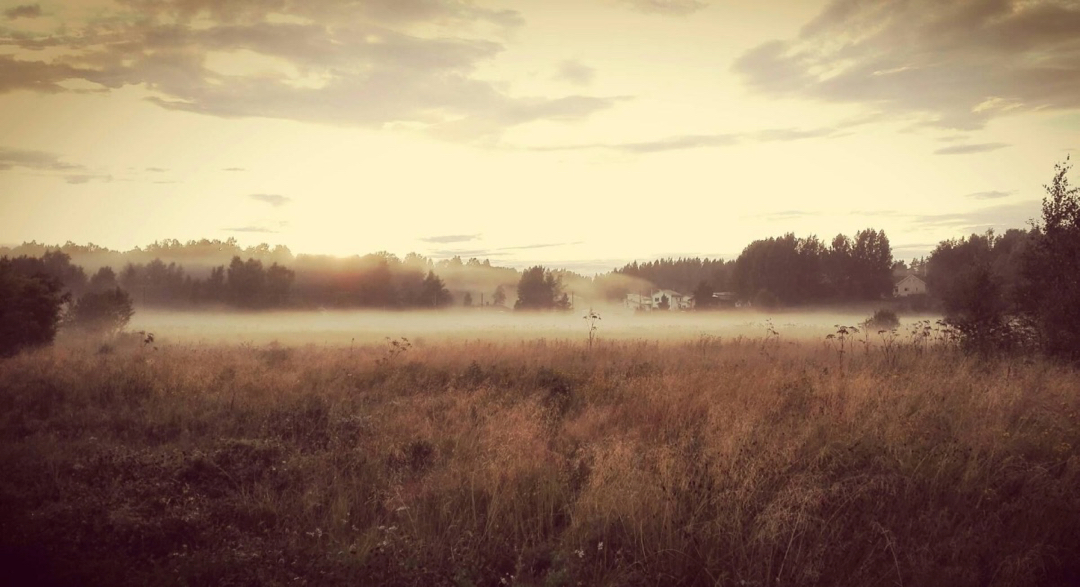 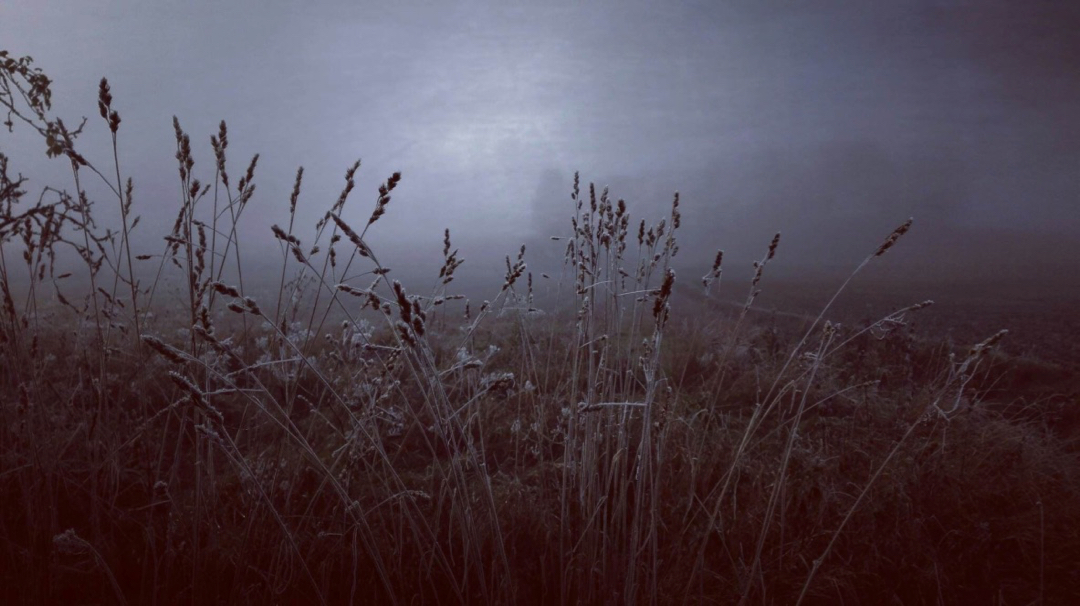 These real and at the same time imaginary home village photos give a sense of support and protection. Remembering my own roots and past is meaningful. Two of the photos are taken from my childhood home village, Tavola, and one is taken from my current home, Kauklahti, before new buildings were constructed on the field. However I think that these photos could have been taken almost anywhere in Northern Europe. With these photos I wish to give viewers a feeling of the safeness and beauty of our memories.

“Appreciating you and me.
Our roots and traditions.
Our ancestors.
Nature around us.

Nature was regarded as sacred. Everything that was received from nature, had to be earned by asking, invoking and supporting it first.
Appreciating it with words, gifts and actions.
Respecting it.

In some Eastern languages, sacred means Knowledge of Light.
It also has a meaning of Wholeness.
Could that wisdom still guide us?
Could we regard our nature as sacred?
Could it help in creating better decisions?
Could it protect us?”

I would love to hear your feedback!
You can send your feedback to my email address marika.keratar@gmail.com
and also any comments or inquiries regarding the exhibition and works.

Sign up to email list and get invitations to art exhibitions and possibility to win in art giveaways:

Marika Kerätär - An artist based in Finland.
marika.keratar@gmail.com